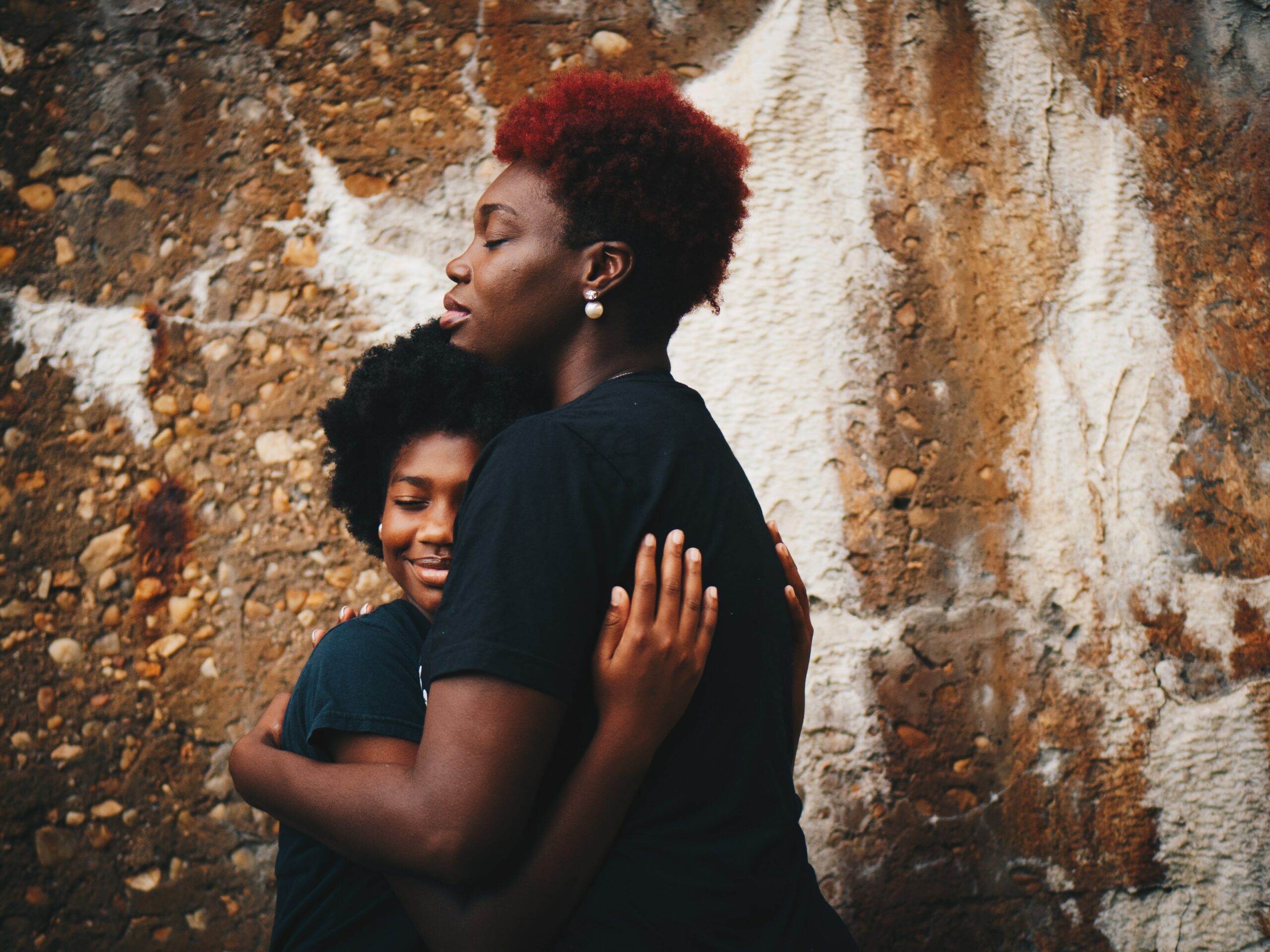 Today I would like to tell you a little story. A friend of mine inspired me to do this, and so after my Tough Times blog series I came up with a new series of blog posts, Help Others and Help Yourself. I am not claiming that you should help others with the only purpose of benefiting yourself. That is not the right reason to help at all, for then it would be self centered and not intentioned to sincerely support the one who needs it. 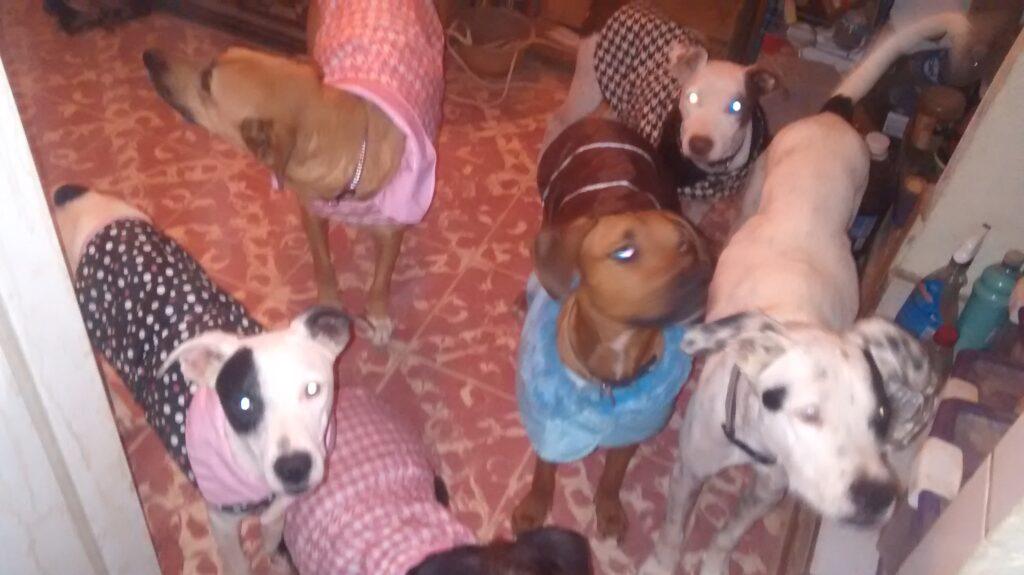 Helping others should always come from an innate desire to help and not to get publicity for your humane actions or to find approval or applause for what you did. Social media is full of genuine requests for help which often get pushed into oblivion by the attention seeking “hey, here is me doing the good deed of the day, smile for the selfie!” 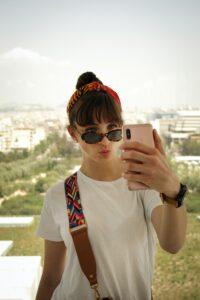 A Little Back Story, why I Include This Topic in my Website

There are two reasons.

Helping While Going Through Burnout

When I went through burnout I was still rescuing and fostering dogs and cats. It also took a toll on me, because on occasion I had to deal with deaths, abuse, and the fears of my rescues that were a consequence of the terrible experiences they had been through. 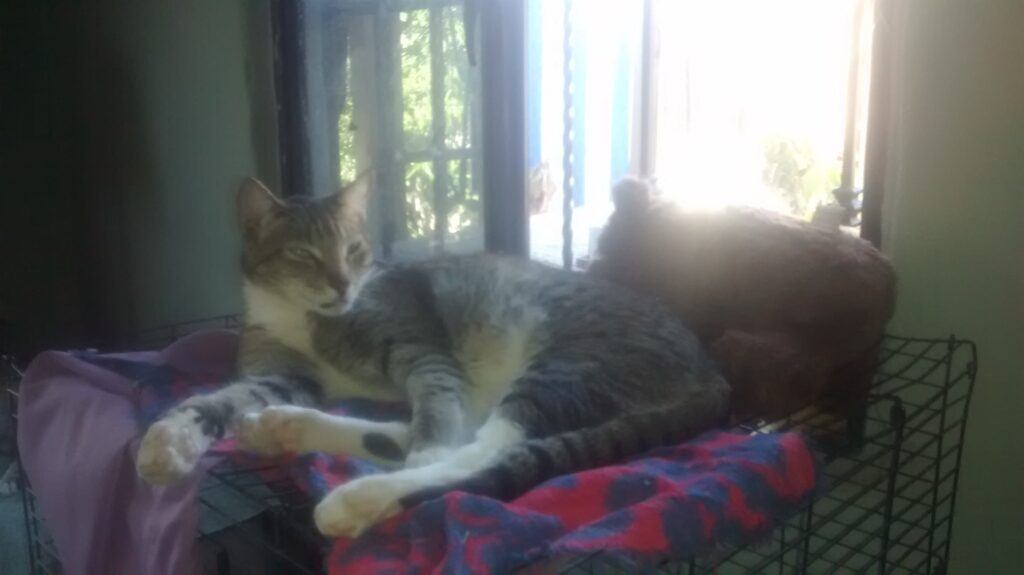 So, I decided not to rescue any more until I healed from burnout, and I would continue fostering only those animals that were already with me until they found their furever homes. One day, a colleague asked me if I could please take in two puppies who had been horribly abused. She had rescued them, but she could not keep them at her place. She knew that I rescued animals, so she came to me.

At first, I wanted to say no and refer her to one of my many contacts in the animal rescue community. I think I did call a few contacts, but no one had any room. I kept going back and forth in my mind. I knew that I did not have the mental strength to face any more fatal diseases or anything else that these puppies might come with, but I also knew that I could not abandon them to their fates … I had to help. It was nearly impossible for me to say no.

My second thought was that perhaps I needed those puppies in my life at that moment. Puppies are sweet and loving, and maybe their love was something that would help me go through burnout too. So, I came to the conclusion that we could possibly help each other, three broken souls repairing each other.

It turned out that Teddy had distemper, which is a deadly disease. There is no cure for it. The only way to have any protection from it is through a vaccination. To prevent the spread of this disease, I immediately separated Teddy from all other dogs, and I started giving her treatment. 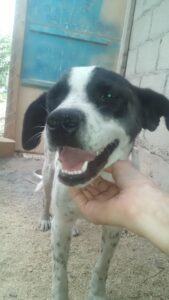 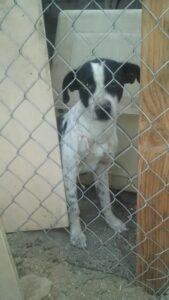 Although there is no cure for distemper, there have been cases when dogs survived that disease, and I had hopes that Teddy could do it too, since she was in such high spirits and she was a happy girl. It was too late for her, though. One morning, I found her dead in her kennel. It broke my heart. I had fallen in love with her, she was such a sweetheart.

My colleague came and we buried her in a beautiful place under a tall tree, so her grave would always have nice shade. I picked some fruits from that tree and planted the seeds in a pot.

A year later, one of the seeds sprouted, and I had no idea that it came from that tree. I had forgotten about those seeds. Two years ago I planted the little tree on my property which I bought a long time ago, and it grew (I am now living on my property).

A few months ago, the first fruits grew from that tree, and I recognized the fruits. It suddenly dawned on me what tree it was … It was Teddy’s tree. I cried, remembering her, and at the same time grateful that I have this memory of her, this tree growing for her. 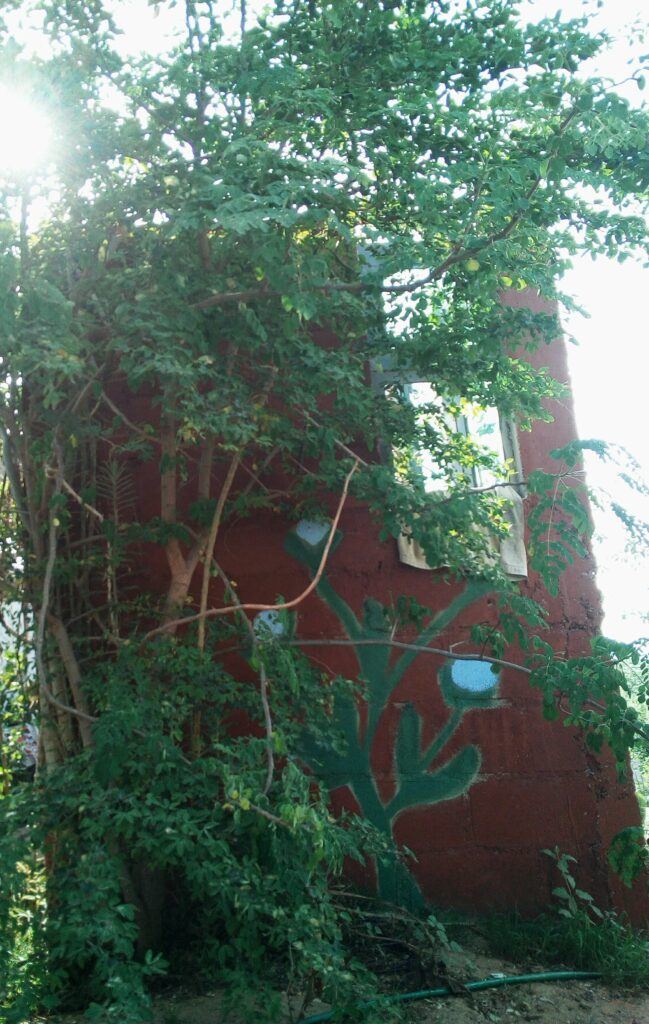 Jenny and Prince were safe and healthy, but they were terrified of people. Puppies are usually playful and not easily intimidated, but these two only trusted me, and no one else. When someone came to see them, they cowered behind me, afraid to show their faces. Jenny and Prince had been through hell … and they were only two months old … 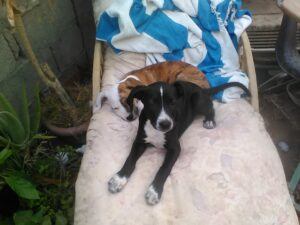 I gave them lots of love; and slowly but surely, these little darlings opened up beautifully. They loved the toys I gave them, and they smothered me with love. They brought the light back into my life as I brought love and safety back into their lives. When I picked them up, they both covered me with kisses, always wagging their little tails. 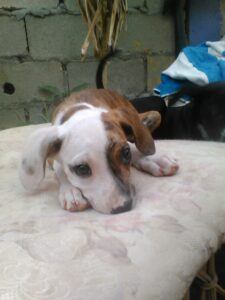 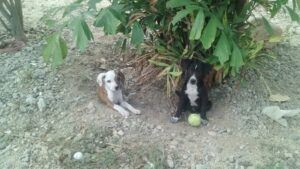 They put on weight and their coats shone, they grew into beautiful puppies. When they were four months old, they found their furever homes in Canada (I live in Mexico), and so I got their paperwork and their traveling kennel ready, and sent them to their furever family in Canada. They both ended up really well. They live in amazing homes and they are loved.

I remember all of my rescues, but there are a few who stand out, and Jenny and Prince are some of them. We both helped each other, They helped me get through burnout with their love and playfulness. I helped them get over their fears and find forever homes.

And this is only one example how helping others can help you. There are many more.

With this blog post, I would like to start a small series about how helping others helps you. Stay tuned for the next story, because it is an incredible tale of hardship, endurance, and never losing hope. I can’t wait to tell you that one.

I hoped you liked this story. If you have any comments, questions, or tips, let me know in the comment section below.